This product is not available in countries requiring CE mark.

The Virtual Reality Vaginal Exam Model makes it possible to see images of the actual movements of the fingers inside the vagina when practicing vaginal exams, something that has not been possible to date. Instructors can now show trainees specifically how the two fingers should be moved when performing the exam, and can check that the trainee is moving their fingers properly. 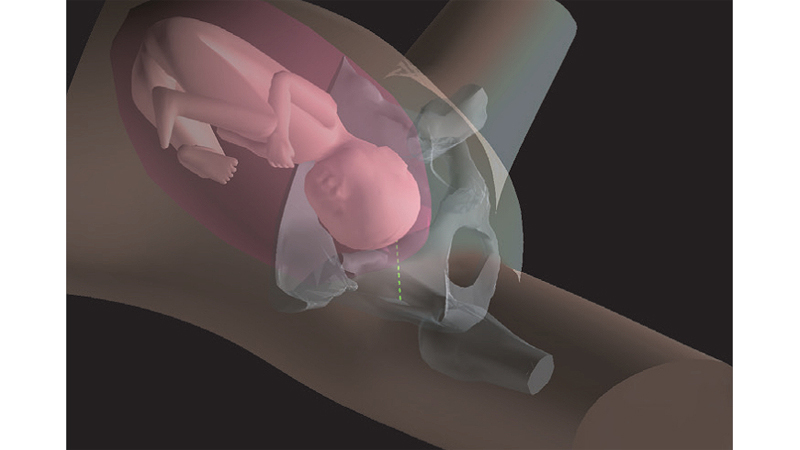 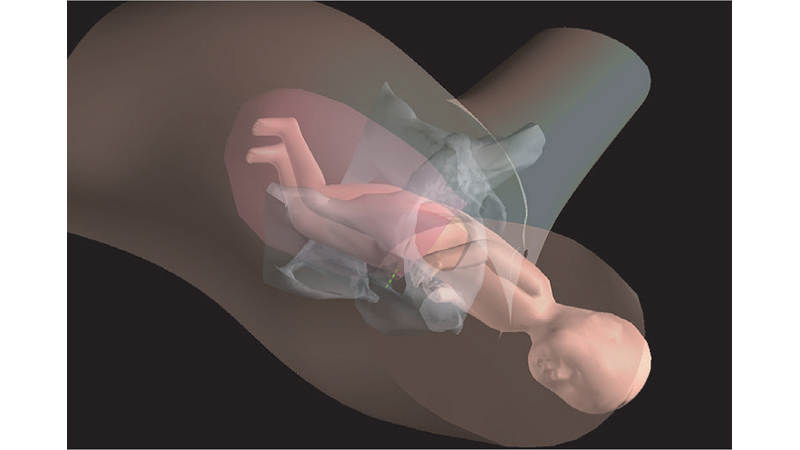 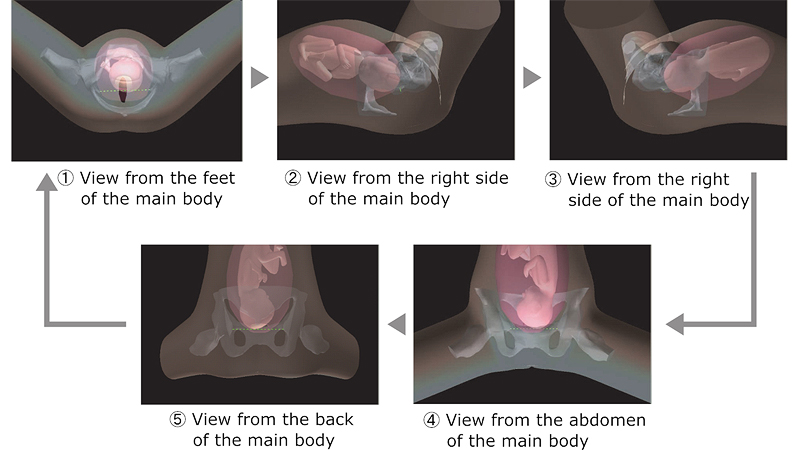 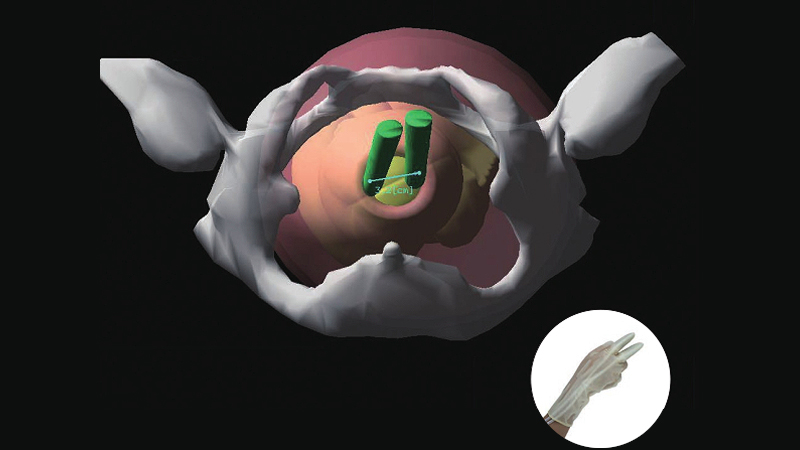 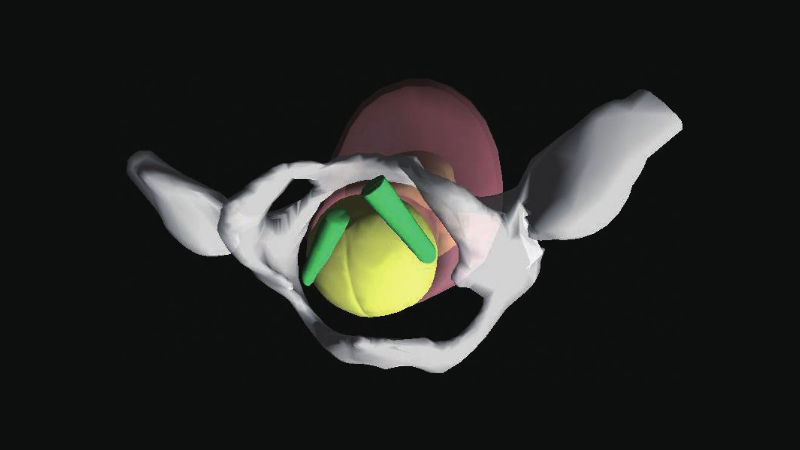 The viewpoint can be changed using mouse dragging and key presses in combination. Rotates around an axis perpendicular to the drag direction 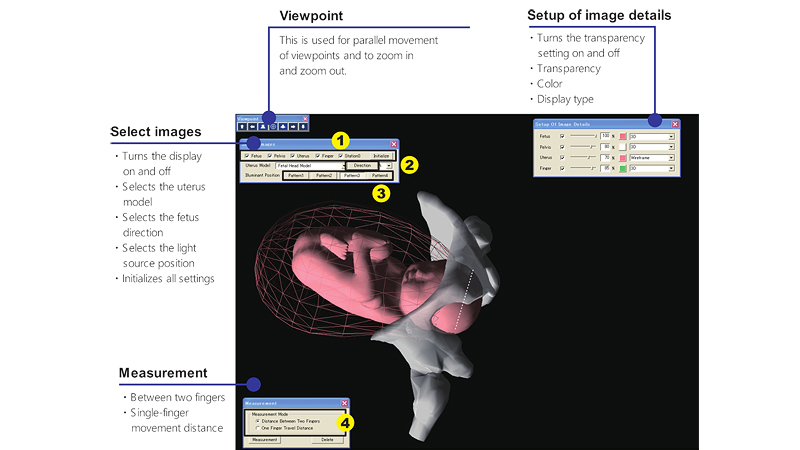 Displays of the fetus, pelvis, uterus, fingers, and station line can be turned on and off individually. 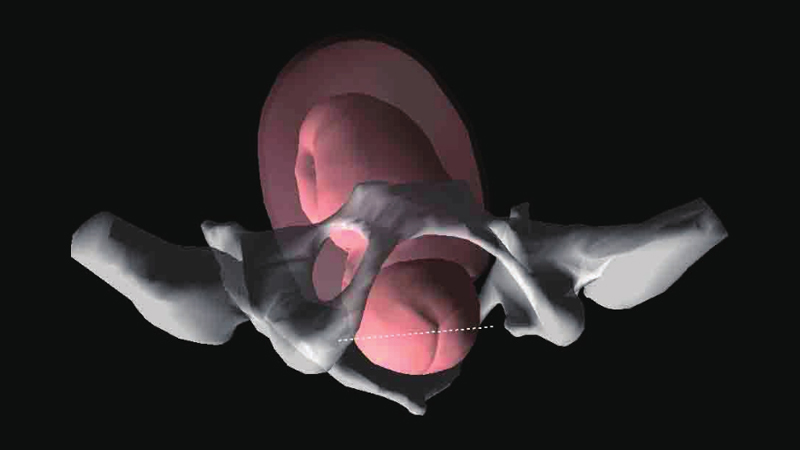 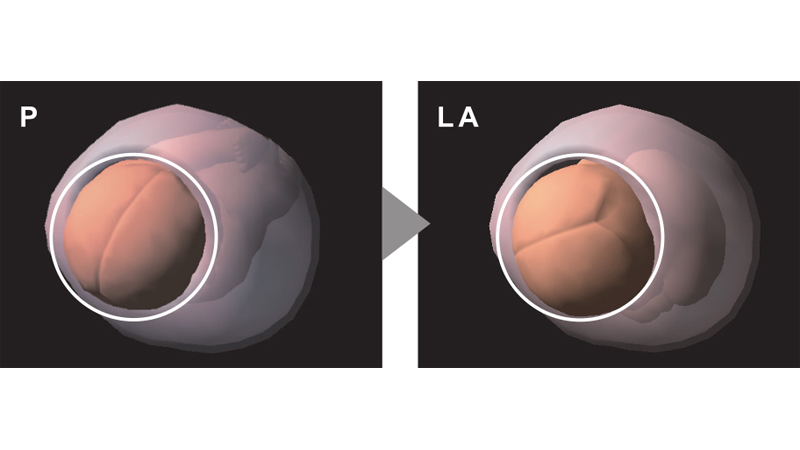 On the screen, the direction changes from P to LA.

The light source position can be selected from among four preset positions. 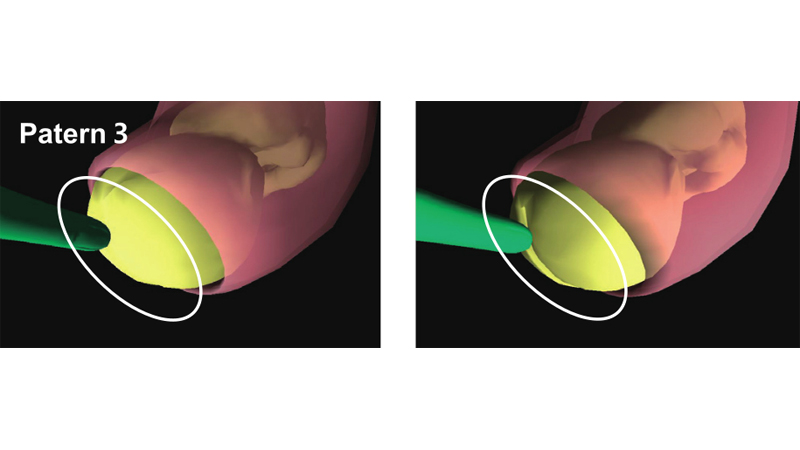 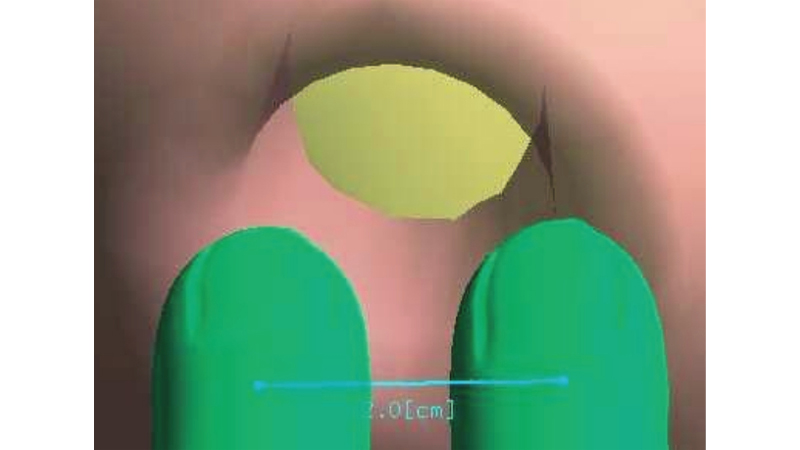 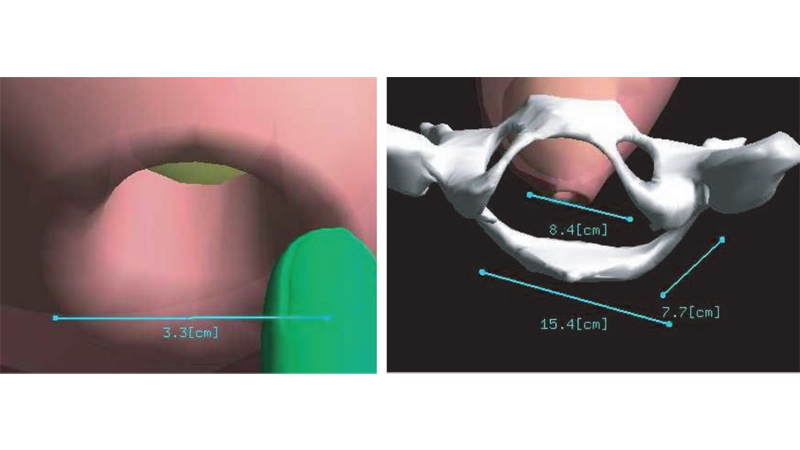 This measures the distance that one of the two sensor-tracked fingers moves. Each time a measurement is made, the result is displayed on the screen as a cumulative display.

"Offset" is used to adjust position of the finger or fingers displayed on the screen. The finger is displayed on the assumption that the sensor will be attached on the fingernail side.

* trakSTAR is a trademark of Ascension Technology Corporation.

Base for securing main body